2018 proved to be a testing year for UK retailers, pressure mounting to incorporate new technologies in a bid to compete with the convenience of online shopping. As shoppers have shifted towards online sales, the high streets across the UK have struggled, reflected in the number of store closures and bankruptcy adjacent to Christmas.

Marks and Spencer, Debenhams and HMV reported a significant decline in revenue throughout the 2018 Christmas trading period. In addition to this, Debenhams announced a decline of 3.4% in like for like sales, these results comparable to that of M&S and HMV. Similarly, M&S store clothing and homewares sales dipped 2.4% in a matter of weeks. Statistics showed that the dip was greater than analysts’ forecast of a 1.6% and a second quarter drop of 1.6%.

Paul McGowan, Chairman of HMV revealed at the end of December, that Christmas sales of DVDs were down 30%. Undoubtedly, retail sales took a beating in December and the British Retail Consortium (BRC) announced that UK businesses such as Debenhams, M&S and HMV experienced their worst Christmas in a decade. BRC Chief Executive, Helen Dickinson, stated Decembers retail performance present a difficult start to 2019 for companies such as Debenhams, Marks & Spencer and HMV. Dickinson goes onto note that in line with business rates rising at the turn of 2019, and the real threat of a no deal Brexit staring UK retailers directly in the face, the decline in retail revenue is neither fair, nor sustainable.

With regards to e-commence, the UK is the ultimate leader in Europe, boasting the biggest success story and e-commerce market. Compared to other EU countries, the UK e-shoppers shop and spend a great deal more. Eurostat revealed that 86% of internet users were shopping online during 2017. However, Brexit has brought a cloud of uncertainty for consumers and shoppers online. Ubamarket is the direct, more cost-effective alternative to Amazon Go and retail-tech will be pivotal in the UK market, regardless of how Brexit may shape the retail sector.

Online retail now accounts for approximately 20% of retail sales, growing at ten times the rate of store sales in the first half of 2018. Therefore, highlighting the sustained growth of e-commerce and its significance to UK retailers. Change in retail is constant and this will not be slowing down in 2019. The purchasing pattern of consumers is constantly evolving, and shoppers want something different on the high street. Smaller, tech-savvy and more agile retailers who can adapt according to this trend will thrive.

Retailers need to adapt to the demands of shoppers to avoid casualties by creating hyper-personalised experiences. The gap between online and in-store needs to be closed so having an experience that merges qualities of the two is the solution. Existing Ubamarket research has found that 17.5 million shoppers want app consolidation, meaning that they want one app for the end to end of their supermarket shop. The shoppers also stated that they want purchase, loyalty schemes and live-offers all under one app. Having to do this on separate apps would hinder them from returning to use a number of apps again. 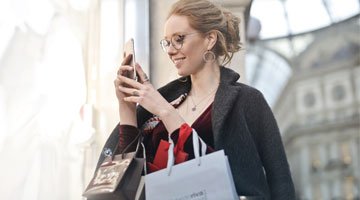 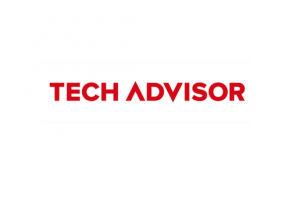 Co-op and Londis among brands said to be testing app[...] 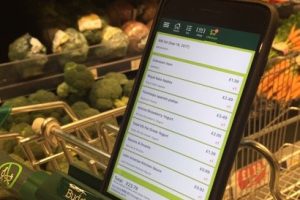 Shoppers of the British aisles

Ubamarket takes a look at how behavioural psychology can be[...] 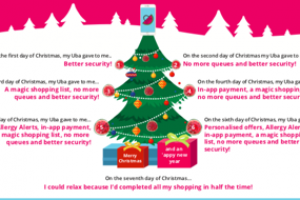 Merry Christmas and Happy New Year to all our partners[...]