Putting information in the hands of the consumer will lead to increased pressure on retailers to become more eco-friendly. It’s time to change how we approach plastic.

In recent years, there has been a huge upsurge in the amount of plastics being separated and collected for recycling across public and private sectors. We are now producing 300 million tonnes of plastic per year and half of this is single-use plastic, with over 8 million tonnes being dumped in the sea each year. It’s no surprise that Poundland are at the forefront of this debate, after the production of their ‘Gift of Nothing’ was hit with backlash for producing pointless plastic waste. Poundland failed to comment on whether the product was recyclable or not, despite criticisms that such items deliver nothing of value but will be around in landfill for the next half a millennia.

The amount of waste produced per household is increasing by 30% each year, while a staggering £42 million worth of unwanted Christmas presents ended up in landfill in 2018. Ubamarket research has found that Brits throw away over £200 million of food as a result of over-purchasing. The amount of plastic packaging waste being produced in supermarkets is much higher. For instance, there were over 1 billion ‘Bags for Life’ sold since the 5p plastic bag charge, flying in the face of the government’s efforts to cut down on the amount of plastic waste.

Existing Ubamarket research has found that 77% of us feel that our best efforts to help the environment pale in comparison to retailer and supermarket waste. Additionally, 42% of the British public want to be more environmentally conscious but feel they do not know enough about recycling and plastic pollution to make informed changes.

In response to the plastic pollution problem, Ubamarket empowers consumers with ‘Plastic Alerts’, a new feature that makes being kind to the planet as easy as possible. Shoppers should never underestimate the power they have over suppliers and supermarkets through the influence of their wallets.

Spending power is just about the most effective way shoppers can apply pressure on manufacturers to reduce the amount of single-use plastic in their products.

Ubamarket’s app tells you whether the item you’re purchasing contains plastic and whether it can be recycled, as you scan each item. Given that shoppers are willing to spend more money on products that are classified as more environmentally-friendly, retailers will need to respond to pressure from consumers and reform their approach to plastic waste.

Find out more about Ubamarket 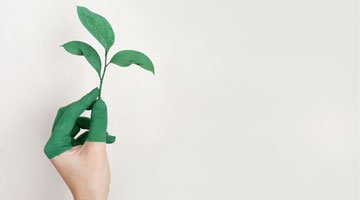 Ubamarket’s origins are very simple, born out of frustration that[...]

How can retailers improve safety while maintaining sustainability goals in a post-lockdown climate?

Article on Ubamarket research that showcases exactly why environmental awareness[...] 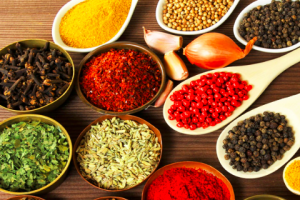 As a team, we at Ubamarket have always believed that[...]